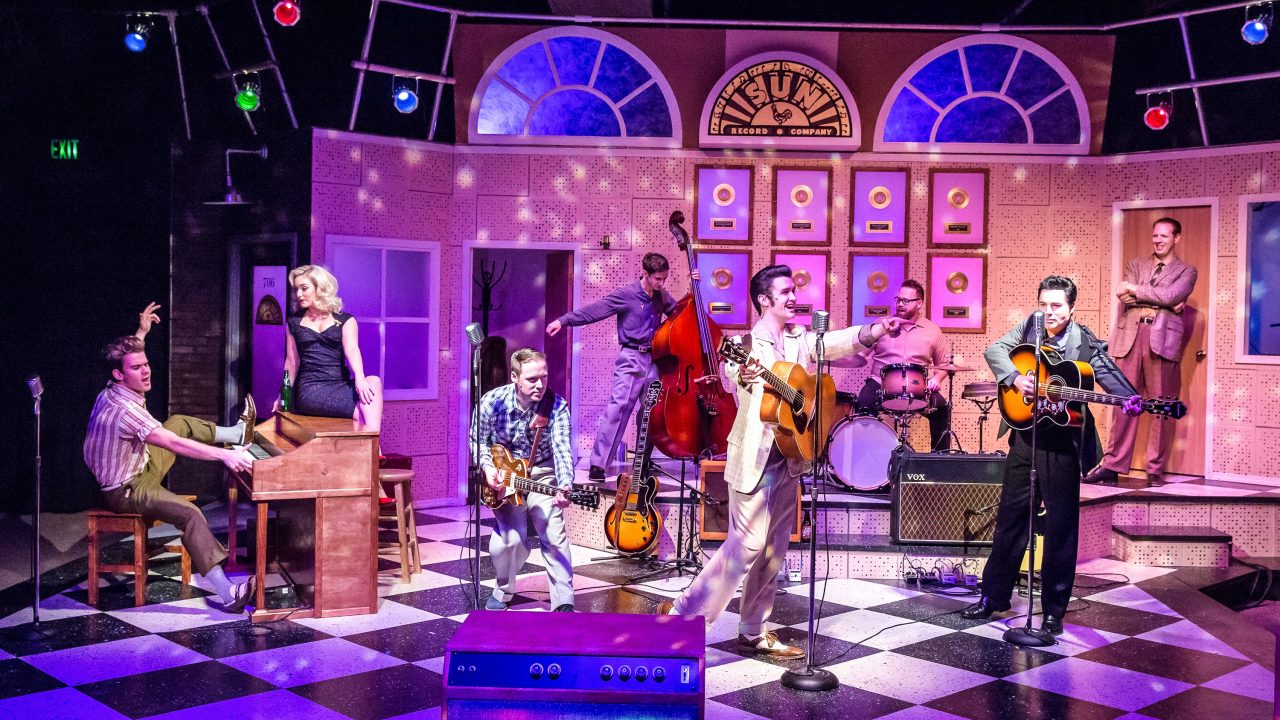 MILLION DOLLAR QUARTET, the award-winning new musical that tells the electrifying story of the night in 1956 when Elvis Presley, Johnny Cash, Carl Perkins and Jerry Lee Lewis came together to make music and ended up making history, will open at London’s Noël Coward Theatre on 28 February 2011 with previews from 8 February 2011. Tickets will go on public sale at 10.00am on 4 December 2010.

Currently playing on Broadway and in Chicago, MILLION DOLLAR QUARTET is inspired by the actual event that took place on 4 December 1956 at Sun Records in Memphis and features over 20 of the greatest rock ‘n’ roll, gospel, R&B and country hits ever written including: Blue Suede Shoes, I Walk The Line, Fever, Great Balls of Fire, Hound Dog, Folsom Prison Blues and Whole Lotta Shakin’ Goin’ On*

The legendary meeting was masterminded by Sun Records’ founder Sam Phillips, who discovered all four of the musicians, and brought Elvis Presley (and his then girlfriend) back to the recording studio that launched him to stardom. Together with Sun Records’ fast-rising new superstar Johnny Cash and Carl Perkins, who was still chasing his next big hit after writing and recording Blue Suede Shoes, the fourth member of this impromptu “quartet” was Phillips’ latest signing, Jerry Lee Lewis.

The production team has undertaken an extensive search of the UK and Ireland – with open auditions in Glasgow, Liverpool, Bristol, Dublin and London – to find performers to play these iconic figures. FULL CASTING WILL BE ANNOUNCED SHORTLY.