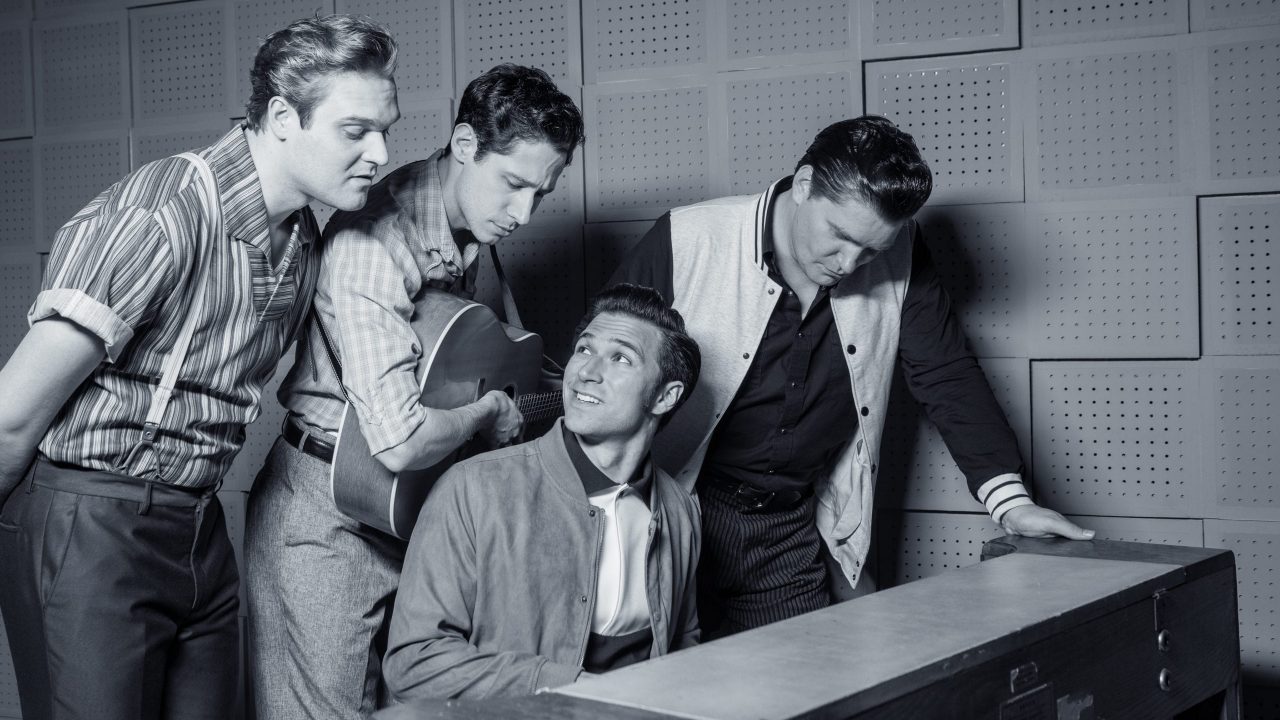 We have had many poppy/rocky tribute evenings in the West End in recent years – too many, or so I thought until Tuesday night at the Noel Coward Theatre, where four sparky lads are recreating a night in the lives of Elvis Presley, Johnny Cash, Carl Perkins and Jerry Lee Lewis.

The date is December 4, 1956, and the setting is the small studio of Sun Records at 706 Union Avenue in Memphis, Tennessee.

The company is run by a shrewd, friendly music producer called Sam Phillips (Bill Ward). I don’t know if this will mean much to you, but Mr Ward is a ringer for a Tory backbench MP called David Amess. He delivers a thoughtful, encouraging, proudly independent Phillips.

Presley is no longer signed to Sun Records, but he has turned up for a reunion with his former colleagues Cash and Perkins and new boy Lee Lewis, a prodigiously talented pianist and major pain in the backside.

“Boy’s startin’ to grow on you, ain’t he, John?’ Perkins says sarcastically to Cash. ‘Yeah,’ replies Cash. ‘Like a tick on a dog.’

All four musicians owe their careers to Phillips. No wonder the man is hailed at the end as ‘the father of rock and roll’.

They have a jam session. The songs, including Blue Suede Shoes, Riders In The Sky, See You Later Alligator and Whole Lotta Shakin’ Goin’ On, are pumped out with amazing verve.

Ben Goddard doesn’t just play Jerry Lee Lewis. He hurls himself into the role – at the same time hammering out notes on the piano like a man with ten rivet-guns for fingers.

His knees and feet keep lifting to the height of the keyboard. His wrists ricochet off the ivories. His shoulders twitch as if in the grip of religious mania.

At times he even plays fast rock-and-roll piano with his spine horizontal on the stool and a pretty girl bending over him.
This is an astonishing performance.

The youthful Elvis is played by Michael Malarkey with vocal flair. The same goes for Derek Hagen’s Johnny Cash, who hits low notes with some of the original’s quirky appeal.

Robert Britton Lyons is Perkins and plays the guitar so enthusiastically that by the end his greased fringe has lost its composure and is flailing around his head like strings of wind-whipped liquorice. He still finds time to wink at the women in the stalls.

Normally these tribute nights have corny plots about reunions or ‘how they made it’ narratives. This show is simpler.

With about 25 songs and some informative snatches of dialogue it describes a one-off night when four great performers found companionship in a riot of Memphis music making.

When it is given this sort of treatment, you can see what he meant.