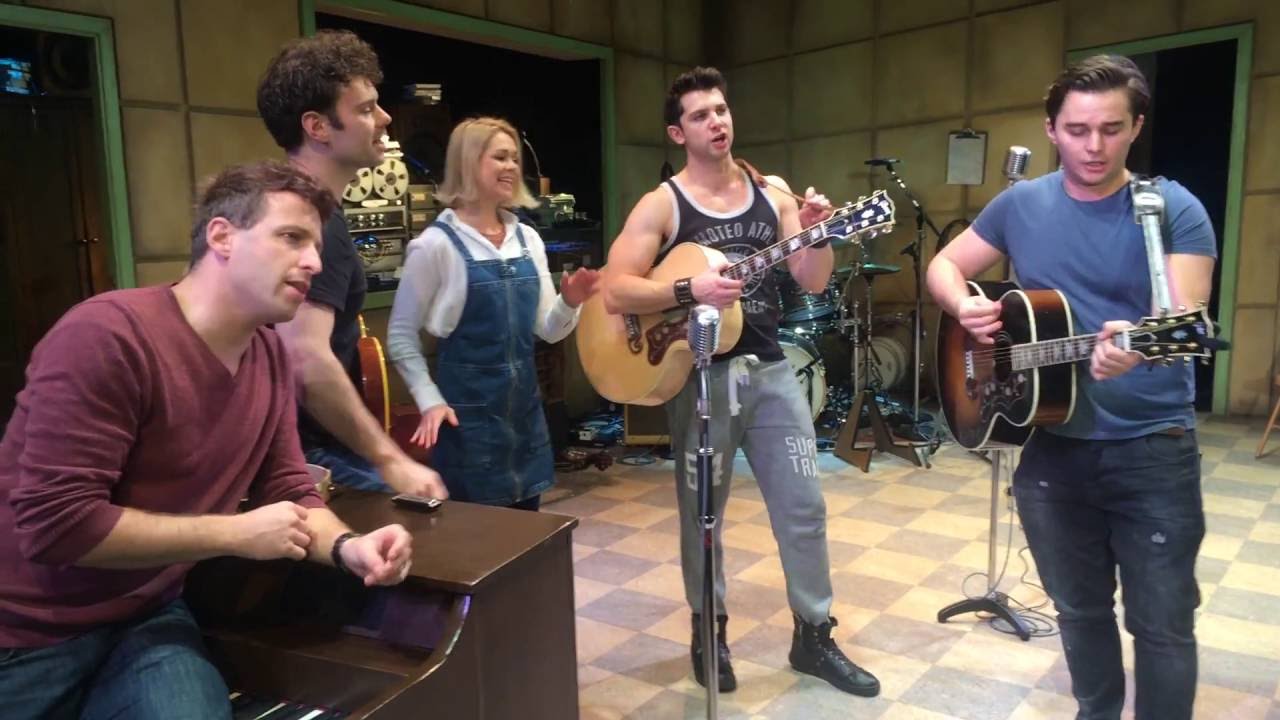 This musical is finger clickin’ good.

In 1956 four po’ boys from the US Deep South were giving America’s teenagers a first taste of self-expression and rebellion. And for one night only they got together to play.

It really happened. Sun Records’ Sam Phillips had signed newcomers Elvis Presley, Johnny Cash, Carl Perkins and Jerry Lee Lewis. And in loyalty to him, they came back to jam.

The award-winning American production team and one of the original New York cast, Robert Britton Lyons as guitar supremo Carl Perkins, are joined by Brits Derek Hagen as Johnny Cash, Michael Malarkey as Elvis and a show-stealing Ben Goddard as Jerry Lee Lewis. They sing and play a storm.

All in all, this is rock ‘n’ roll served sunny side up.