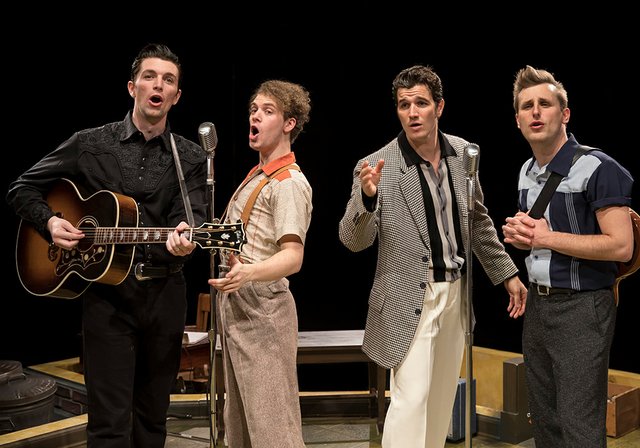 MILLION DOLLAR QUARTET is currently in rehearsal at Pineapple in Covent Garden and today releases pictures by Helen Maybanks.

Robert Britton Lyons was a member of the original Broadway cast and is appearing with the support of UK Equity, incorporating the Variety Artistes’ Federation, pursuant to an exchange programme between American Equity and UK Equity.